The Tully Group is one of the nation’s largest privately held construction firms. For more than 8 decades the Tully Group has brought safety, quality and productivity to the construction industry. We bring expertise, significant financial strength and bonding capacity, to meet our customers’ needs. We have extensive experience in a wide range of construction projects including dam and reservoir, environmental, large utility, highway, bridge, airport, transit, site work, disaster and recovery and treatment plants. We also have experience in operating asphalt plants, quarries, waste transfer stations, and recycling facilities. Since 1988, the Tully Group has experienced constant growth.

Today, more than 80 years after Edward Tully and Pete DiNapoli formed Tully & DiNapoli, Tully Group is still a family owned and operated business, now being managed by the third generation of the Tully family. The road to success has been built with ingenuity, workmanship and competitive pricing. The key factors in the growth and stability of the business are the company’s young and aggressive management team. The team has grown up in the industry and applies a cost effective and timely approach to the completion of each project.

Today, Tully Construction continues to strive for excellence and remains one of the leaders in the industry. Tully remains a family owned and operated business, and continues to successfully perform and complete major contracts in the New York Metropolitan area.

Thalle traces its history back to America’s post-World War II expansion era. In 1947, Guido Pacchiana left one of the Northeast’s largest road contractors in order to start Thalle with his brother, Anselmo Pacchiana, and Joseph Thalle in New York. The company’s efforts ranged from landscaping to sewer and interceptor projects. Led by George Pacchiana, Guido’s son, Thalle expanded to tunneling, difficult site work and the construction materials industry.

In the 1990’s, Thalle expanded operations into the Southeast and, eventually, moved the company headquarters to Hillsborough, North Carolina in 1999. Initially pursuing utility work in the region, today Thalle offers a wide range of construction and construction material services including dams, landfills, site work, communication technology, and roller compacted concrete. Thalle Construction Co. has been a member of Tully Group since 2012.

Since 1985, the Tully family has been expanding its horizons into the waste management industry, and in 1992, Tully Environmental, Inc. was formed to concentrate efforts in the solid waste field.

Today, Tully Environmental, Inc. is one of the largest privately held waste hauling companies in the country with sales approaching $80 million annually. This has been accomplished by diversifying its operations in four main fields: Solid Waste, Aggregate Recycling, Residual Management and Remediation.

At the core of the Tully Group is its employees. It is their professionalism, hard work, loyalty, integrity and dedication to quality and safety standards that have earned the Tully Group its successes. The Tully Group is a family owned and oriented company, and it is our employees that create, nurture and grow that family.

The Tully Group is dedicated to create a diverse and excepting environment for our employees, and we strive to work with Minority/Women Owned subcontractors and suppliers (MBE/WBE/SBE) in our all of our projects. 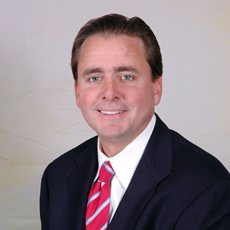 Peter is the President of the Tully Group. In this capacity he leads the executive team, and is responsible for growth and performance of the company domestically and internationally. He has over 30 years of experience in the construction and construction related industries.

Peter has been committed to philanthropist efforts by supporting community programs for the betterment of others. He serves as Vice Chairman of the New York Building Congress; Building Trades Employers’ Association, the Long Island Power Authority and proudly serves on the Board of the College of Engineering at the University of Notre Dame as well as funding an education scholarship program for students.

Peter attended St. John’s University in Queens earning a Bachelor of Arts, and Juris Doctor in Law from Hofstra University School of Law. He was admitted as a member of the New York State Bar Association in 1986.